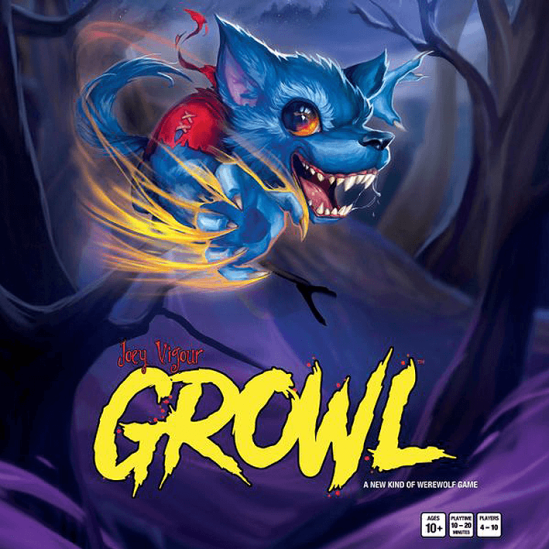 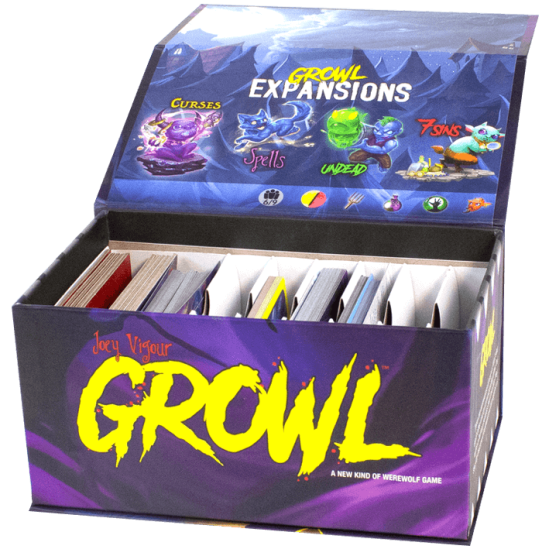 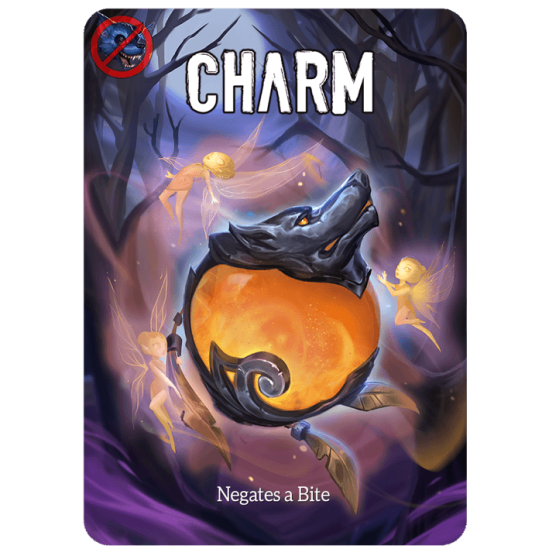 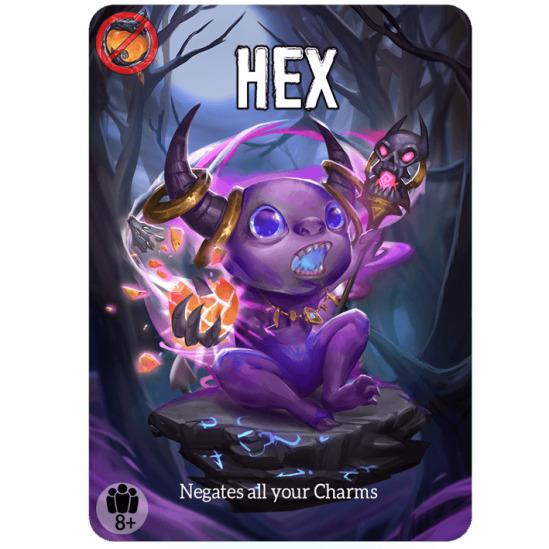 GROWL
This product will be released (or reprinted) on the date the publisher has announced. You will be notified via text message upon it's arrival. If a release date is not available in the product's description, it means there have been no updates by the publisher.

Work together to distribute the bites and wounds amongst the village. Some of you are wolves trying to "turn" the others. When Night falls, everyone secretly passes cards to their neighbors!

4-10 players (up to 15 with more cards) all claim to be innocent humans, but one (or more) of them is Wolf Zero, the original werewolf that wants to infect the village!

The deck of cards sits face-up in the middle of the table. One by one you take turns picking up the top card and giving it to any (other) player you want. The cards can be a Bite (which brings you closer to becoming a wolf) or a Wound (which brings you closer to dead), or cards that cancel other cards. When a Night card is revealed, the full moon comes out and werewolves and humans get to pass cards anonymously, which is how the infection spreads and turns humans into wolves. Charms negate Bites and Salves negate Wounds. 3 Wounds (net) kill either a human or a werewolf. 3 Bites (net) turn a human into a werewolf, and only wolves can pass Bites at night.

When the deck is exhausted at the end of the third night, Wolf Zero(es) begins to GROWL and slowly other wolves (even dead wolves) join the growl! If any humans are left alive, all humans (even dead ones) win. If all the players who are still alive are growling, all wolves (including dead ones) win!